Its peak corn season and I am here for it. I love how versatile corn is. Its great in both sweet and savory applications and is so tasty cooked pretty much any way you can think of. 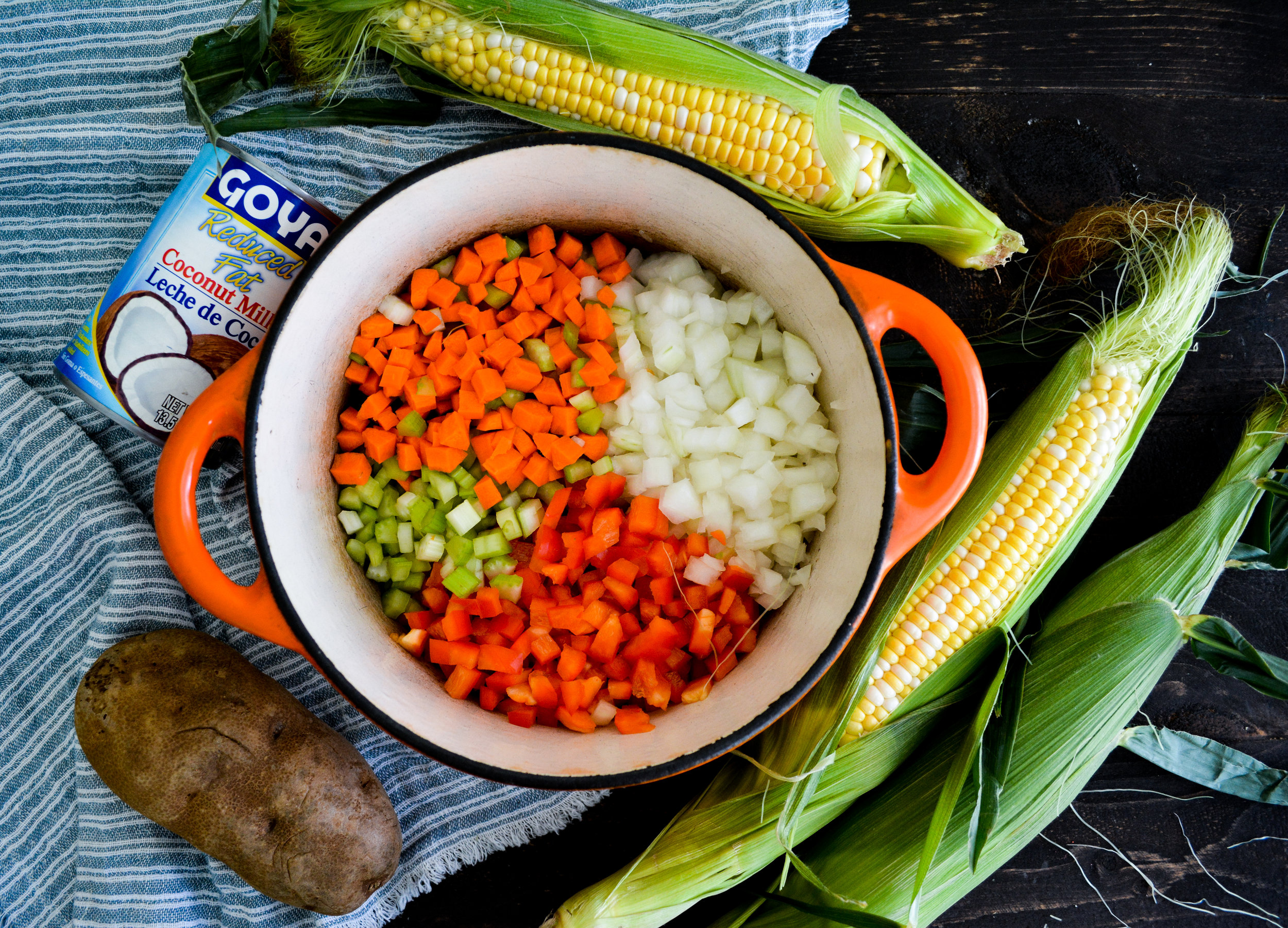 The other day I bought a bunch of corn to grill at a friends barbecue and forgot it in our refrigerator (because of course I did) so I had to figure out a way to use 8 (!!!) ears of corn. So, I came up with this corn chowder recipe. Don’t worry, I don’t use 8 ears in this recipe, but it did make a nice dent in our corn stash. 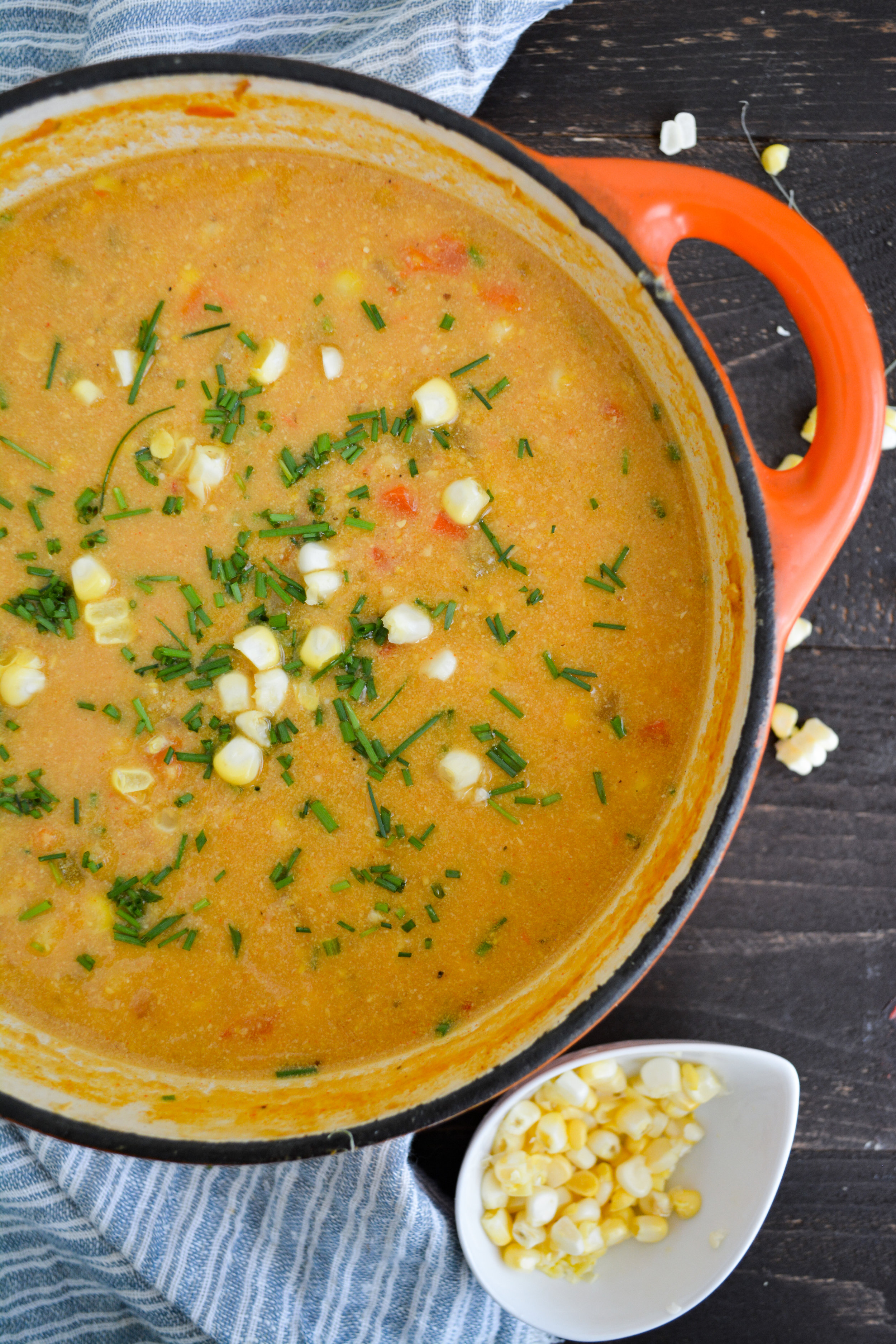 This corn chowder is thick, velvety and full of flavor. And it pairs perfectly with herb biscuits… yum. Some of the thickness comes from blending half go it. You can skip this step if you like more of a soup consistency, but if you prefer a thicker, heartier consistency, either blend part of it with an immersion blender or transfer half of the soup to a blender and CAREFULLY blend it that way. 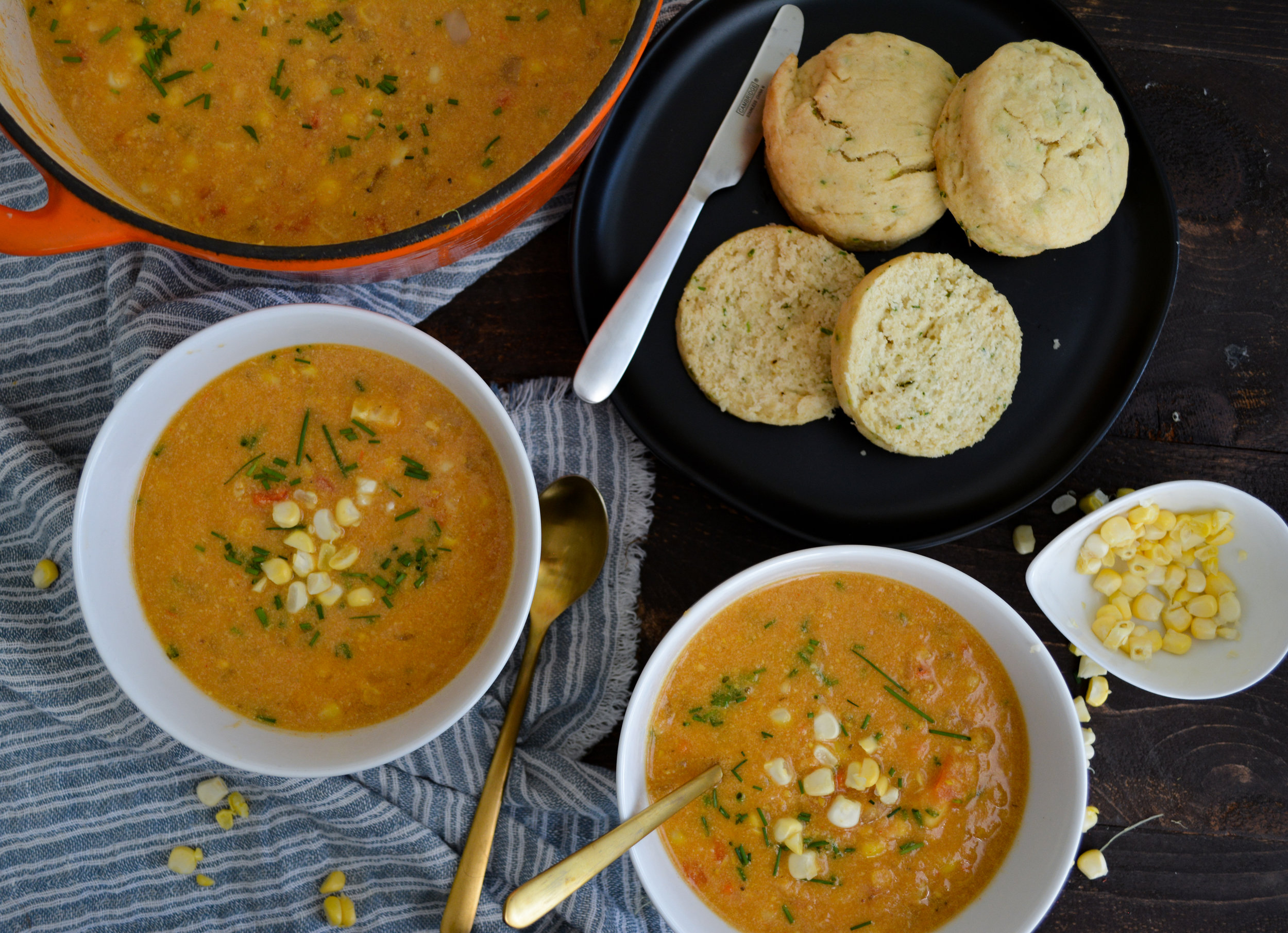 I used canned coconut milk for the creamy element in this soup. It doesn’t give the soup a strong coconut flavor, but if you are really against coconut, you could always try adding vegan cream cheese into the soup instead. I haven’t tried this (but maybe I will next time I make chowder because it sounds great) but I imagine it would be really delicious. 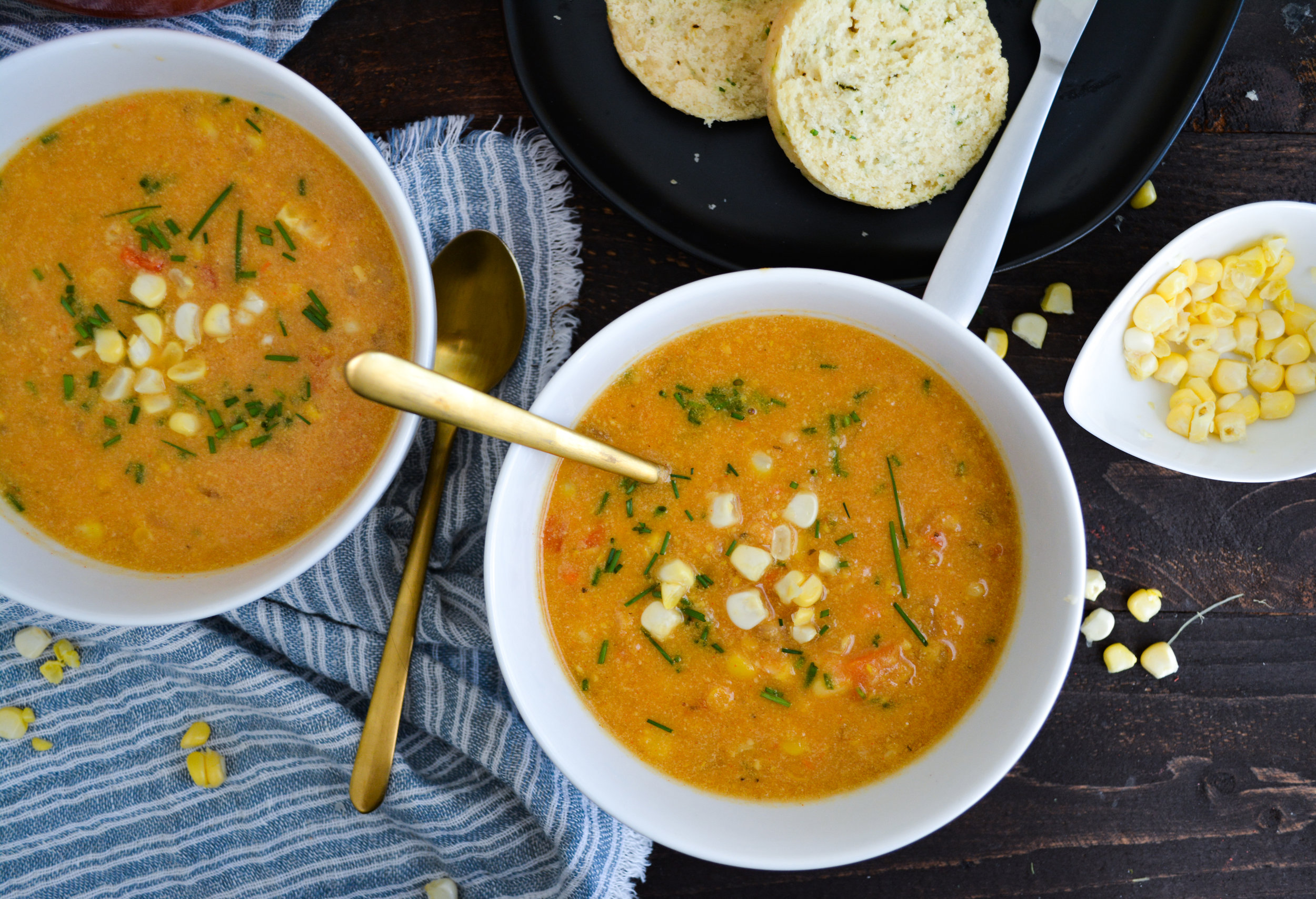 The best thing about this chowder is that it really celebrates corns natural sweetness and flavor. Summer vegetables are coming to an end soon so let’s make the most of them while we have them!

Let me know how you liked this recipe!